i know that i have been back from my young women's retreat a couple of weeks, but i had to post all of the fun times that we had there!

ok... to remind you of what was going on. i am a teacher for the 16-18 year old girls in my ward. the class is called "laurels". so the retreat was entitled the "laurel retreat". ok... so fun! we went to manti, utah for the mormon miracle pageant that they have every year.
(http://www.lds.org/placestovisit/location/0,10634,1799-1-1-1,00.html) it truly is an amazing experience. i used to go there every summer with my family when i was a little girl. needless to say, i was pretty exctited to go back and share it with these beautiful girls.

only 3 out of our 7 girls were able to go: Whitney, Rachel and Ashlee. They are great girls and i was excited to get to hang out with them and the other leader, Barbi, for a couple of days. we were to meet at the church at 10:30 am on tuesday, 6/20. i had to run a couple of errands that morning and then pick up barbi on the way to the church. so i am crossing the street to go to the church and my truck dies. barbi and i look at each other and pray that we can cost the 1/2 block to the church! well, we made it to the parking lot and had to push it into a parking spot. when the girls saw that it had died they ran over and helped up push!

ok, so the trip is off to a great start! i was a little embarrased because all of the leaders and other girls were there, and here i am pushing my old 1980 chevy pickup into the parking lot! i just laughed it off, because i didn't want this to ruin my trip!

when we got on the bus, ashlee told me that we were going to adopt a girl into our group for the retreat. she had come by herself and didn't have any leaders either. so it was official, charlotte was part of the oakbrook ward, team oakbrook, as we began to call it.

the drive to manti was a 4 hour bus ride. we did stop once at cabellas in lehi, and that seemed to be one of the highlights for whitney. apparantly, cabellas is her favorite store ever! we could have stayed the 2 days there and i think she would have been thrilled. i was her partner on the bus, so she told me that i had to get a tour. ( i had never been there, so i guess i HAD to have the tour)

we were going to stay at snow college in ephraim, ut. our group(46 people total, including all of the girls, leaders and priesthood holders) had a set of dorms/apartments. luckily the apartments had 3 bedrooms and our "team oakbrook" was all able to stay together. we were sooooooooooooooo excited! we were jumping around and screaming! you would have thought that we won the lottery!

after checking into out apartment, and taking a group picture on the love sac, we got back on to the bus and went to manti. (about 7 miles) we went to the infamous "manti turkey" dinner. the church houses set up huge dinners to serve all those who come into town for the pageant.

the dinner was fantastic! we headed over to the temple grounds to save our seats. the stake leaders had lots of games lined up for us to play, so we crossed the street, got in the shade and started playing tons of big group games. we had about 3 hours to burn before the pageant started. after about 2 hours, they let us break into smaller groups and let us play games if we wanted to. we had learned this new game on the bus, called 31, so we played that on the grass until it was time to go over to the temple.

the pageant started at dark (around (9:45ish) and was absolutley amazing! it tells the history of the church and lets us follow one couple as they discover the teachings of Christ. this was truly a marvelous experience for all of us. each of the girls were touched by the spirit and the truthfulness of the gospel. what a testimony builder!

the pageant ended about 11pm and i was sooooooo tired. it had been a long day and i was looking forward to going back to the apartment, wind down and go to bed. i was so tired that i even fell asleep on the way back to ephraim- 7 miles!

when we got back to the apartment we all changed into our pj's and started playing games at the kitchen table. we played the cup game, table noise and 31. whitney wandered off to her room and we didn't want her to be by herself. so we all ended up with her in the room. some of us were on the 2 beds and some of us were on the floor. it was in this room that we began to solve the worlds problems. at least we thought so!

it became a great bonding time for all of us. a couple of lthe girls drifted off to sleep, and the rest of us started the "therapy". we had a great chat and became much closer as a group. it was a great night and we all had a great time! i think that it was the highlight of the trip for me!

well the therapy lasted until about 5 am. we were to be up by 7:30 and on the bus ready to go at 8:30! barbi, ashlee and charlotte went right to bed. rachel and i showered and whitney decided that she was going to stay up the whole time. i got into bed around 5:30 and set my alarm for 7:00. when i woke up at 7, no one was awake, so i crawled back into bed until about 7:30. by this time most of us were up. barbi had to go get our breakfast up in the stake leaders room. she went up in her pj's and all of the other leaders were already ready to go in there church dress. oops! i would have gone in my pj's too!

we almost made the 8:30 time frame. the girls looked beautiful! we all were in dresses, because they would be going to the temple later that morning. we rode the bus back into manti and met at the seminary building. we had the most spiritual devotional that i have ever been to! evan bingham was the speaker and i know for a fact that not only was every single person in that room was touched, but there were miracles that happened there that day. hearts were softened that would not have been otherwise. i know this. i know this. i know this.

after the devotional, everyone walked to the temple. i stayed behind because i was going to get together with my step-dad, bernie carroll. he lives in manti and i wanted to take this opportunity to see him. he picked me up and then went back to his house. it was good to see him. i didn't really recognize him at first, but then he would do something little that would totally be something that i remembered. we visited and he gave me that tour of his home. i had been there about 1 1/2 hours when barbi called and sayed that we were going to have lunch at the temple cafeteria and that i need to meet then in about 1/2 hour.

bernie and i finished our conversation and he drove me to the temple. it was good to see him and i am glad that i was able to use this time to see him again.

lunch at the temple was fun! we were all really tired and hungry so it was nice to relax and enjoy the great food! we then headed to the seminary building again for a closing testimony meeting. it was nice to be there again, but i was so tired and had the worst headache. it was hard to concentrate and i was glad when it was time to change our clothes and get on the bus to head home.

just to give you an examle, we were playing corners and barbi slid over and i wasn't paying attention. i went flying off of the seat and landed in the aisle of the bus on my bum! it was soooooooooooooooo funny! we laughed for a long time about that one! i don't think that our girls thought we were so funny!

i do have to say that we were probally the most roudy group on this trip. i don't think that it was a bad thing either. we all got along so well and enjoyed each others company!

kevin did fix the truck, but he didn't leave it at the church! so i had to walk home after all of that!

we finally got back home and i crashed for 16 hours! it was so good to sleep for that long! my body sure needed it!

that was my fun trip! thanks for letting me tell you all about it! love ya!
jen
Posted by Jennie at 2:25 PM No comments:

Jennie
i am originally from colorado, but have been in utah for almost 16 years. i am happily married to kevin. we have been married for 10 years! wow! time flies when you are having fun! we have a beautiful little girl and she is the joy of our lives! such a miracle! my best friend and i have been friends for over 30 years! i love to "craft" and read! my motto is "give random acts of kindness!" 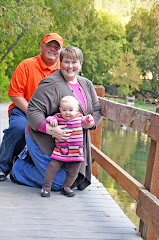 "To you women of today...I suggest to you that you write, that you keep journals, that you express your thoughts...writing is a great discipline. It will assist you in various ways, and you will bless the lives of many, now and in the years to come, as you write some of your experiences and some of your musings." 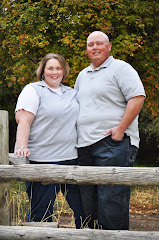 "I promise you that if you will keep your journals and records, they will indeed be a source of great inspiration to your families, to your children, your grandchildren, and others, on through the generations. Each of us is important to those who are near and dear to us and as our posterity read of our life's experiences, they, too, will come to know and love us. And in that glorious day when our families are together in the eternities, we will already be acquainted." 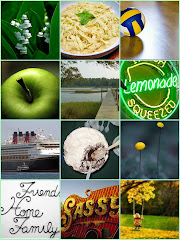 LIBRA - The Harmonizer (Sept 23 - Oct 22)Nice to everyone they meet. Can't make up their mind. Have own unique appeal. Creative, energetic, and very social. Hates to be alone. Peaceful, generous. Very loving and beautiful. Flirtatious. Give in too easily. Procrastinators. Very gullible.

“I’m selfish, impatient, and a little insecure. I make mistakes, I can be out of control, and at times hard to handle. But if you can’t handle me at my worst, then you sure as hell don’t deserve me at my best.” 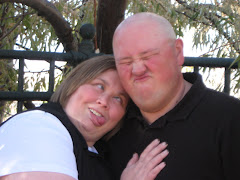 "Enjoy the journey, traveling hand in hand, in sunshine and storm, as companions who love one another."

You Lift Me Up Award 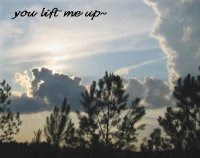 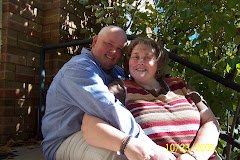 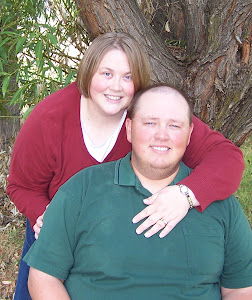 Get your own Family Sticker Maker & MySpace Layouts.